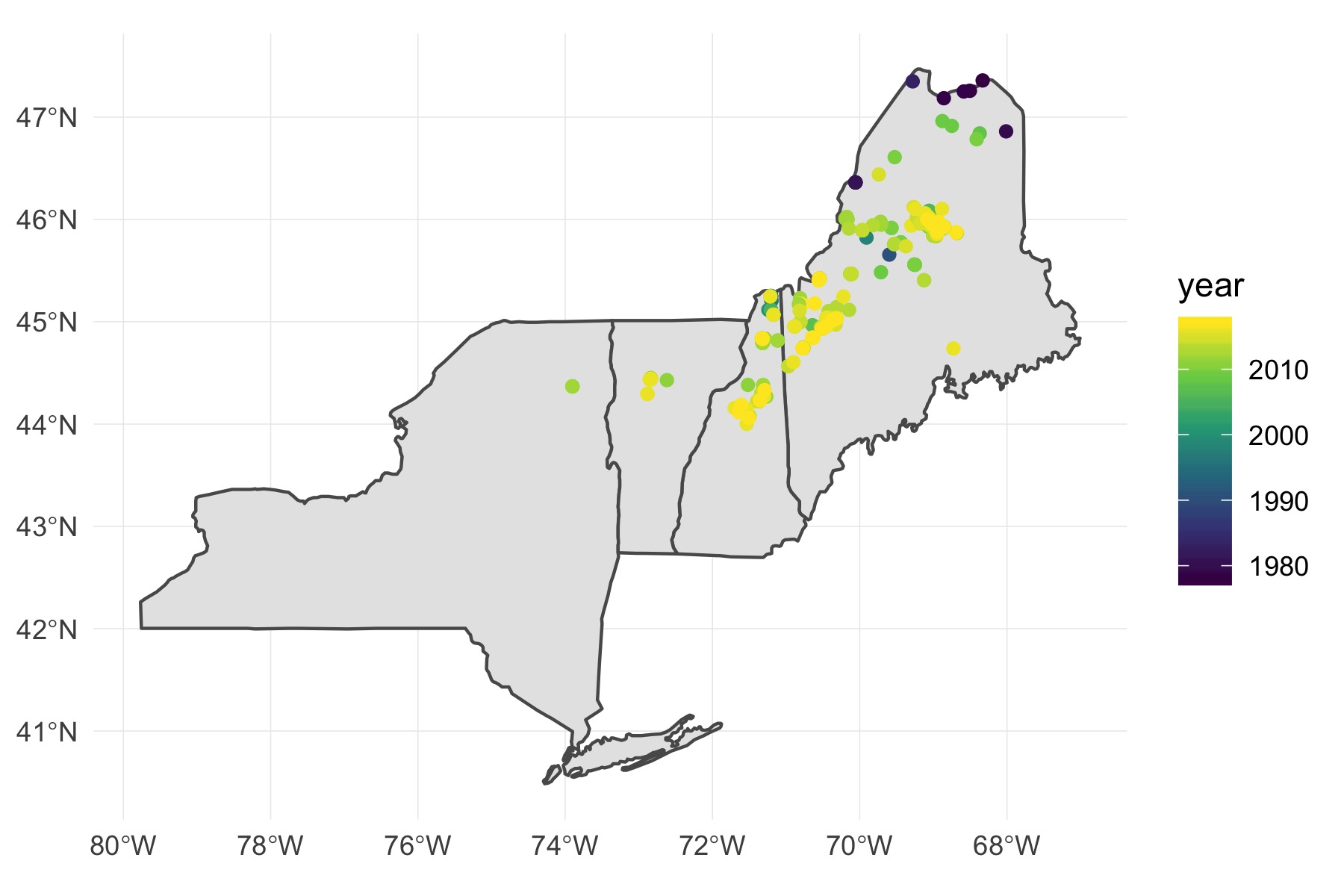 Fox Sparrows have expanded their breeding range southward over the past several decades.

The breeding range of the Red Fox Sparrow (Passerella iliaca iliaca) is generally recognized as comprising the boreal forest of Canada. However, recent observations suggest that the species is present during the summer months throughout much of the northeastern U.S., unexpected for a species characterized as a passage migrant in the region. To clarify, I conducted a literature review to document the historical status of the species in the northeastern U.S. and then analyzed observations submitted to eBird to describe its recent and current status in the region. Historical accounts consistently identify Fox Sparrow as a passage migrant through the region during early spring and late fall. Beginning in the early 1980s, observers began noting regular extralimital records of Fox Sparrow in northern Maine. A single nest was discovered in the state in 1983, and another in northern New Hampshire in 1997. Despite the paucity of breeding records, observations submitted to eBird suggest that the southern limit of the breeding range of Fox Sparrow has expanded rapidly to the south and west in recent years. The proportion of complete checklists submitted to eBird that contained at least one observation of Fox Sparrow grew at an annual rate of 18% from 2003-2016 and was independent of observer effort. Fox Sparrow now occurs regularly on mountaintops and in young stands of spruce (Picea spp.) and balsam fir (Abies balsamea) during the breeding season throughout northern and western Maine and northern New Hampshire, with occasional records from the Green Mountains of Vermont and the Adirondack Mountains of New York. The cause of this rapid expansion of its breeding range is unknown, but may be related to an increase in the amount of young conifer forest in the northeastern U.S. created by commercial timber harvest.