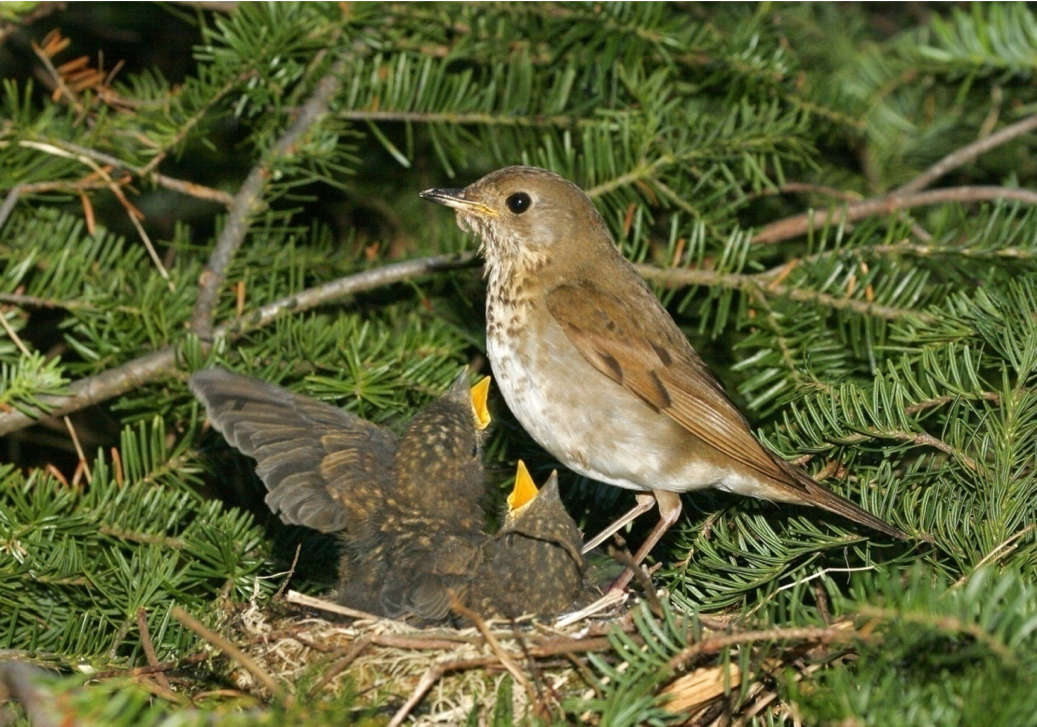 A Bicknell’s Thrush at its nest in a balsam fir

How many Bicknell's Thrush are there in the world?