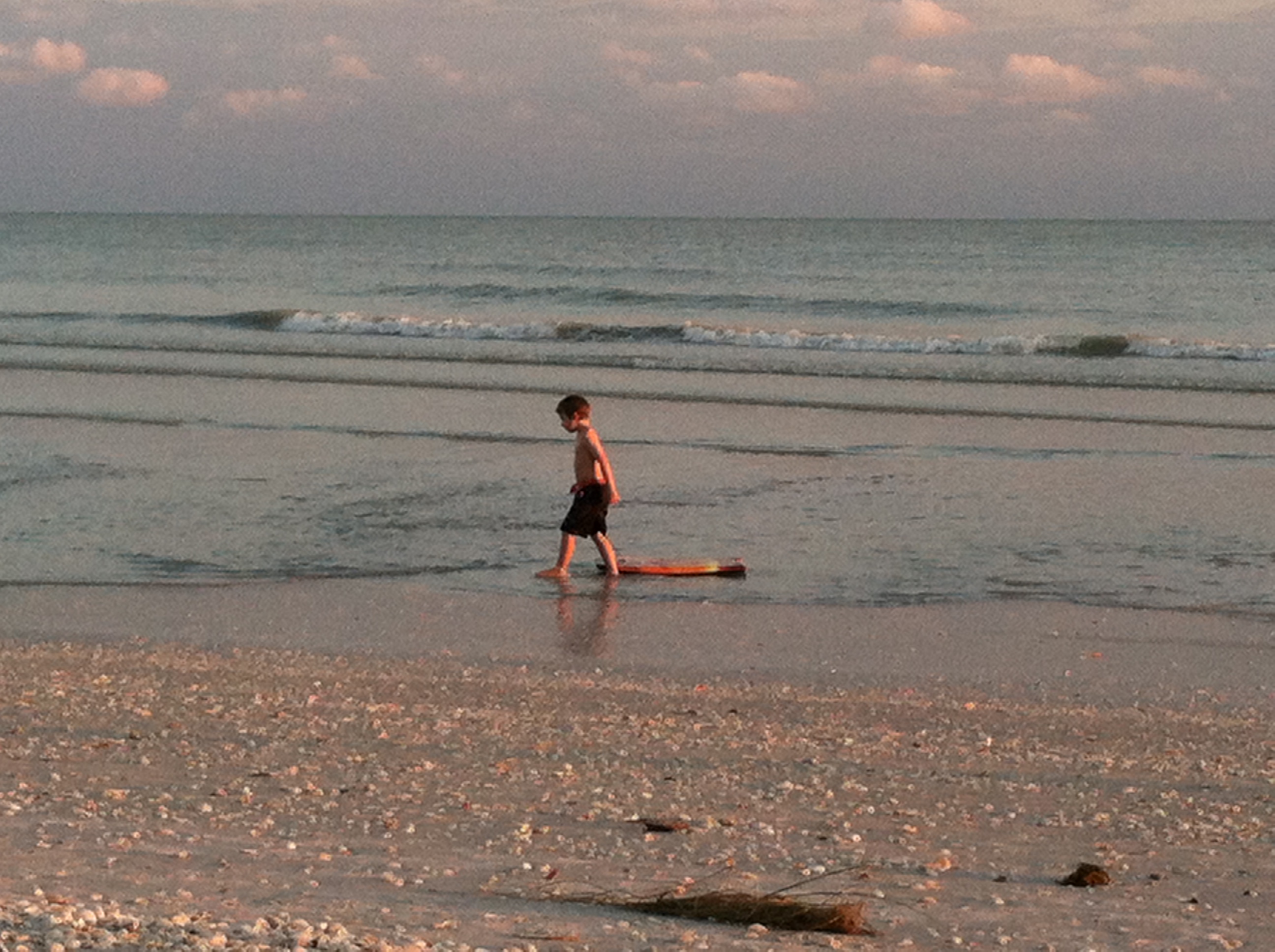 Once, hope was all we knew

Hope: an essay on the irrational

“Hope, however feeble its apparent foundation, bespeaks allegiance to every unlikely beauty that remains intact on earth” - David James Duncan

A light mist hangs close over the rain-darkened road, swirls and eddies in the fog given the appearance of motion by the sweep of the headlights as our car winds around the bend in the road. Through the open windows comes the scent of wet soil and damp leaves, life unlocked by the first warm, thawing rain of spring, bringing out of the ground the smell of living things.

Not just the smell of living things. Actual living things, too, which are now moving en masse to a destination that demanded they cross this narrow state highway. Wood frogs and spotted salamanders, newts and Eastern toads, freed from the long, dark dormancy of winter were doing what they had done in these same hills at this same season for the past 10,000 years: venture out from the safety of their burrow and find a forest pool in which to mate, lay eggs, and fulfill their destiny.

Generations of natural selection have yielded a strategy of migration closely attuned to daily cycles of light and dark and annual cycles of cold and warm. Only a few nights each year offer the right set of conditions to trigger these migrations, and on those nights massive numbers of amphibians will start their long walk. But the stratagems that worked for millennia have done little to prepare them for paved roads and fast cars. Which is why we found ourselves, my wife and I, driving at speeds more typical of a brisk walk, doing our best to avoid the headlight-bedazzled frogs and toads and salamanders.

Nobody else on the road thought much of my wife’s efforts to avoid an amphibian massacre, and they let us know in a variety of ways: horns, flashing high beams, an unnecessary rev of the engine as they passed, unintelligible but clearly uncomplimentary words tossed out a half-open window. Conflict averse to the core, I tried to balance my terror of bothering other drivers with my desire to avoid causing the unnecessary death of dozens of animals. “Couldn’t we please drive just a bit faster? I’m sure these folks all have somewhere to go.”

My wife, though, would have none of this false equivalence. “Really? I don’t care if they think I’m driving too slowly. I am NOT killing any more animals tonight.”

In the passenger seat, I slid down like an embarrassed teenager, praying that the line of cars building behind us didn’t include anyone I knew.

“You can’t avoid them all, you know, no matter how slowly you go and no matter how much of a pain in the ass you are to everyone stuck behind us.”

She sighed in that way that she does before she points out some critical flaw in my thinking. A pause, and then, “Fine, but I can save some. And by the way, aren’t you a wildlife biologist? You know, someone whose professional life is devoted to caring about things like newts? You, of all people, should get it.”

This was true, to a point. I did earn a living as a wildlife biologist. I was paid to study things like newts and toads. I knew more about them than she did. But whether I still cared about them, really cared about them, was less clear. At one point I had. My childhood fascination with the red-backed salamanders that I found under rotting logs and rocks in the wilder parts of my suburban backyard were probably the first step towards a life in science. Somewhere along the way, though, the individual salamanders were replaced by an abstraction called a species, which was something to be saved from Big Problems. Climate change. Deforestation. Paradoxically, immersing myself in the study of animals and their conservation had made it easier for me to ignore them when they were, literally, dying right in front of me. What was the significance of a few road-killed wood frogs in Vermont, when entire species of tropical frogs were disappearing because of disease and drought?

Individual action has never been my strong point. I am a conformist, loathe to disappoint. I don’t like confrontation. I wrote a pro-science op-ed for a local paper and couldn’t sleep for days afterwards, worried that I might have irritated someone with my references to the efficacy of vaccination or the risks of climate change. One of the appeals of a career in science was that it gave me a way to reconcile this part of my character with my ethical and emotional concern about the demise of the natural world. If I could study extinction, I could help prevent it. If I could study how animals move across roads, perhaps I could figure out how to keep them from getting run over. Standing behind the veneer of detachment and objectivity of my science felt safe, and never demanded a public and potentially embarrassing display of belief. It also offered an intellectual foundation for cynicism. I could avoid the vulnerability that comes with caring about something real and doing something public to protect it, and justify it all to myself on the grounds that Big Problems demanded Big Solutions, not modest acts of individual kindness.

My wife’s challenge – you, of all people, should get it – was the first crack in the foundation. Did I actually care as much about the world around me as I thought? I advocated fearlessly for modest conservation actions in scientific journals and blogs that no one read. I was unwavering in my commitment to study rare animals living in beautiful, exotic locales. I spoke with authority about the need to do something about climate change. But produce one concrete example of an action, no matter how small, that showed compassion for the natural world? All I could come up with was that I regularly bought shade-grown coffee, which I hear is good for the birds. The crack widened. If the sum total of my contribution to the planet’s well-being was calculated based on the actions or understanding inspired by my research, and the modest premium that I paid for my coffee, then I was hovering close to zero. My wife, on the other hand, who didn’t identify as a conservation scientist, who rarely lectured people on the perils of climate change or biodiversity loss, but who was happy to inconvenience herself if it meant saving a few wayward frogs, had done something good.

The foundation finally collapsed after a week last summer on the coast of Maine with my family. The water that I remembered as so painfully cold as a child was mild, and we spent much of the week swimming and snorkeling.

And picking plastic trash out of the water.

I had never seen so much plastic floating in these waters, tangled in the rafts of seaweed, or washing against the dock as the tide came in. Gatorade bottles, sadly flaccid Happy Birthday balloons, fishing line, and frighteningly unrecognizable blobs of plastic (is that an old IV bag?) that clung to my legs like a loose second skin.

In the same way that I am not, by nature, a person who will stop traffic to move a salamander from the road, I am not, by nature, a person who willingly picks up another person’s trash. Yet the sight of it all was so sad and incriminating. We had done this to ourselves, to the ocean. We had done it knowingly. Sure, we were part of a system of commerce built around plastic, but we could have done better. We could have at least tried. And so I felt compelled to do something, and not because of any rational notion that I was making the slightest bit of difference. Indeed, twice a day, as the tide carried in new waves of foam cups, I was reminded of my impotence.

But there I was. Still wet from the ocean, wrapped in a towel, knees hard against the old wooden dock, bag of plastic trash in front of me. A cornucopia of the Anthropocene. I smiled at my own sense of accomplishment, at the easy if unmerited pride borne out of doing something tangible. I thought of Camus’ Doctor Rieux, and that perhaps the only way to fight this plague, too, was through decency. Maybe I am simply swapping one form of cynicism for another, but I have become less certain that these small acts of fellowship with nature are necessarily insignificant acts. For so long I had embraced the scientist’s detachment from the natural world and fascination with the grand, sweeping solution. Now, though, kneeling, wet, on a dock next to a bay in Maine, the romantic and impractical didn’t seem so useless. Because it turns out that many scientists, myself included, don’t change the world with our work. And if I am not changing the world with my research, then by what measure is it more valuable than the simple act of kindness shown by my wife towards the frogs on the road? What I’ve done as a scientist isn’t all that different from picking plastic bags out of the water: both are reflections of an ideal rather than an act of pragmatism. If I’m lucky, my research might change how one person thinks about the world. If I’m lucky, my kids see me gingerly picking diapers out of the ocean and absorb some lesson about doing good when you can. Neither solves a grand challenge directly, but I’m no longer so worried about that. I can’t stop the production of plastic. I can’t put a halt to global warming. Nor can I save every animal trying to cross a road. But I can do my part. I can do something. I can use less plastic. I can worry less about shaving 10 minutes off of my commute or annoying the driver behind me and more about the frogs in front of me.

I have come to believe that the salvation of the natural world, and our place in it, will come about only though a collective change in our consciousness and a collective willingness to be a drop in the larger bucket. The form of the drop is not important. We need the incremental gains in knowledge that allow the slow, grinding institutional change that I have believed in as a scientist, but we also need the irrational expressions of love for the world around us. Symbols of our intention to recognize and rejoice in our place in this world. Not separate from other living things, not better or worse, but able, sometimes, to act like we belong here. To act like we care.

I treat those rare, warm nights of early spring differently now. I try not to drive at all. Every few hours I walk the section of road in front of our house, flashlight in hand, searching the diffuse pool of light for any signs of life. Anybody found dawdling on the center line is moved into the ditch on the side of the road. I feel as if I’m helping, that I see fewer dead frogs and toads and salamanders on our road, but I’m not really sure. Whether any of my efforts matter practically is beside the point; the point is that I make them. And doing so is good for me, and maybe for us, even if it is futile. As Cervantes’ said of the original tilter-at-windmills: “One man scorned and covered with scars still strove with his last ounce of courage to reach the unreachable stars; and the world was better for this”.